This living battery taps into the city’s power grid to energize arcane constructs.

Pace yourself. Absorb your opponent’s projectiles while your Primal Lightning charges, and then unleash an electrical barrage with both hands—you alone can dual wield offensive spells. You also have the fastest teleport recharge.

Control your adversary’s side of the arena with the massive strike zone of a fully charged Electrosphere, but don’t discount the value of a quick cast to punish a moving spellcaster.

Feel the hum of your power. Your success depends upon the ebb and flow, the charge and the release. Tap the grid, hold back, and then explode. 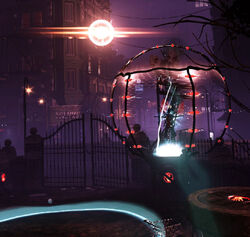 Electromancer inside ember shield with turret and lightning ball deployed 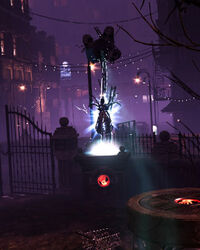 Electromancer standing under a turret / shock sentry that is taking aim 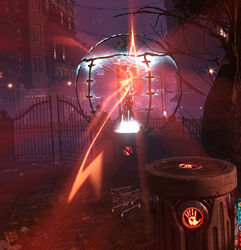 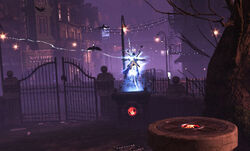