The city is annotated. There are glyphs on every sidewalk, in every alley, and beneath every overpass—an other-dimensional scrawl visible only to the preternaturally aware.

Look hard enough, and you’ll see the future. The doors of perception are open wide for The Drifter!

Dominate the physical space. Move to position before an Ember exists. Remove your opponent’s Embers at the exact moment of their inception. Herd your opponent across the arena with Shatter Mines, and then pick them apart with Vermin. Deceive them by concealing an Artifact with your Celestial Shelter.

Attune yourself to the cosmos and shrug off this terrestrial plane. But remember, you may well lose a direct battle. Your success hinges on foresight and subterfuge. Keep to the shadows. 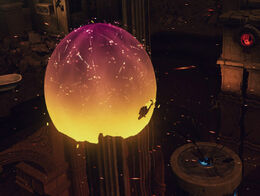 Ember shield stays with the Drifter. Other pedestal is trapped with a mine. 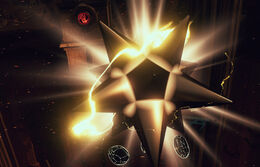 Mine on pedestal, about to explode

Birds coming in for attack 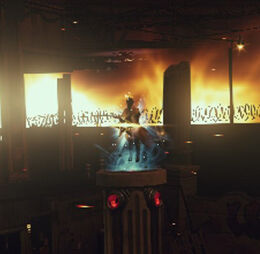 Drifter
Add a photo to this gallery

Retrieved from "https://the-unspoken.fandom.com/wiki/Drifter?oldid=925"
Community content is available under CC-BY-SA unless otherwise noted.