Start a Wiki
Open your mind. Can you sense the unrest? Can you feel the struggle of three million burning souls in a city of shattered glass?

These chaotic forces are yours to command as The Anarchist!

Cast these spells together; multiple Chaos Skulls and Pyrotechnics can overwhelm your opponent with multidirectional attacks. You’ll need to channel an Ember to cast each gesture spell, so visualize your strategy and plan ahead. An all-offense loadout of three Dark Forge spells will give you the power to finish your opponent off while they’re distracted.

Or choose a more tactical loadout; the Clockwork Imp will steal your opponent’s Embers while you’re weaving together a devastating sequence of spells.

Destroy your opponent’s Embers to limit their casting options. An uncast spell needs no counter, and each broken Ember removes a pedestal. Controlling the arena is one key to victory. 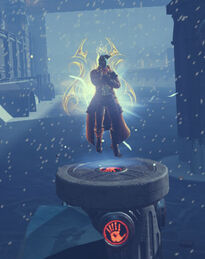 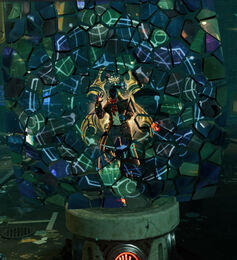 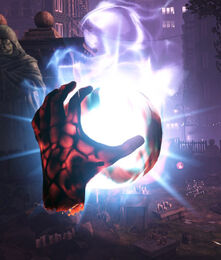 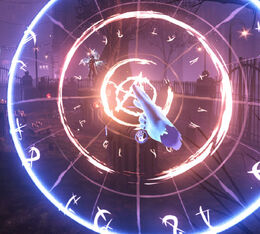 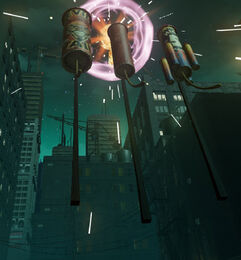 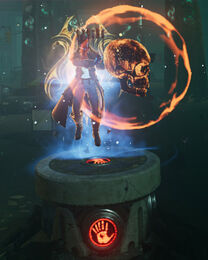 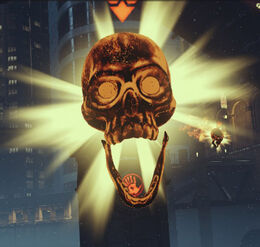 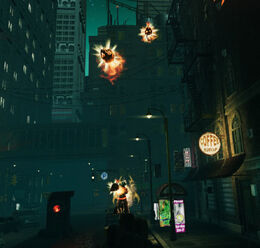 Anarchist chaos skulls in air
Add a photo to this gallery

The Anarchist Manifests Fireballs with a chaotic style in his bare hands. Time your Pyromatic Primal randomly to throw your opponent off. Defend with your off-hand shield when a projectile comes. If you deflect it with the center of your shield in just the right way you can reflect all but the Kineticist primals right back at the attacker. Blocking on the edges will cause the Anarchist's shield to break faster.

There are massive objects in every arena—concrete fountains, metal machinery, stone gargoyles. These inflict the most damage when thrown at you by a Kineticist. You can preemptively attack these object with your offensive hand to destroy it before it can be used against you.

A skull cast and thrown fast at short range is difficult to attack or dodge. If you're attacking with them, use them up close. If they're thrown against you, try to get away. They're easier to split or avoid from a longer distance. Try to take out opponent pillars on one side to narrow the arena, giving them less room to get away from the skulls. Use a volley of fireworks to take out multiple embers at once, and the pillars with them, or use multiple volleys in rapid succession to take down turrets or ember shields.

Retrieved from "https://the-unspoken.fandom.com/wiki/Anarchist?oldid=975"
Community content is available under CC-BY-SA unless otherwise noted.